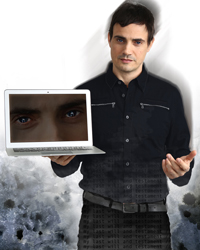 Following the death of a billionaire tech visionary, the most important people in his life are summoned to an airport hotel for the reading of his will. They know to expect the unexpected, but what transpires is nothing short of a paradigm shift in the very fabric of these characters’ lives, the nature of mortality and the future of technology. Celebrated Canadian screenwriter and actor Fabrizio Filippo, best-known for his television roles that include Scott Hope in Buffy the Vampire Slayer, and violinist Ethan Gold in Queer as Folk, as well as starring in macIDeas’ storied This is Our Youth, directed by Woody Harrelson, now makes his Tarragon playwriting debut on the Tarragon stage.