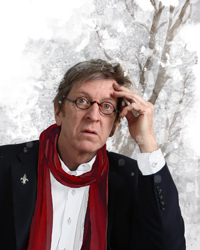 You Will Remember Me

× You Will Remember Me
Toronto premiere
Mainspace
by François Archambault, translated by Bobby Theodore
in co-production with Studio 180
directed by Joel Greenberg
March 1 - April 10, 2016 (Opens March 9)

How will you be remembered? How will you choose to remember those you love? As an aging patriarch of a modern family – a university professor, political and intellectual force and long-time sovereigntist – suffers from dementia, the people who love him struggle to make room in their lives to care for him. This is a vivid and elegant drama about family and memory from one of Québec’s most dynamic voices: Governor General’s Award-winning playwright, François Archambault (15 seconds, The Leisure Society). New to the Tarragon stage, Archambault received raves when You Will Remember Me opened in Calgary at the 2014 Alberta Theatre Projects playRites Festival of New Canadian Plays for its English premiere:

“It is a beautiful, heart wrenching story told with as much compassion as insight…. as gripping as it is thought provoking” – Louis Hobson, Calgary Sun

“is the sharpest and most thoughtful Canadian stage drama to investigate the mysteries of memory since John Mighton’s Half Life.… But while this is a play of ideas, it’s a rich, accessible and frequently funny one that never neglects the emotional stakes.” – J. Kelly Nestruck, The Globe and Mail